Being a Young Person with Arthritis

'Frustrating' Doesn't Even Begin to Describe It

Being a young person with arthritis is a truly frustrating and unique experience. Osteoarthritis is a condition that is generally thought of as a disease of the elderly, and the diagnosis comes as a shock to those of us affected with it in youth.

Arthritis is debilitating enough to limit normal activities, but not so debilitating as to have the factor associated with other debilitating diseases like ALS, spinal cord syndromes or cancer. Because of this lack of shock factor, it is difficult for many people to understand and wrap their heads around how hard it can be to live with arthritis.

I developed arthritis at the age of 21, and one of the most difficult aspects of the condition was adjusting to the changes it forced in my lifestyle. Before I developed facet-joint arthritis in three levels of my spine, I was living the life of an active adult. I was weightlifting three or four times a week, running about two or three times a week, and playing basketball twice a week. I was also involved with my school’s intramural basketball, football, frisbee and soccer leagues.

Then one day I felt a twinge in my back, and the rest is history. Now I have trouble lifting objects heavier than 20 pounds, and haven’t played sports in about four years. Not only does the arthritis affect me physically, it has also affected many of my relationships as well as my general outlook on life.

As a young person, many of my relationships depended on me being active. I was friends with the people I played sports with and worked out with. When we weren’t being active together, we were discussing the next time we would be active. My phone would constantly buzz with my friends wondering when we would next play basketball or go out to the volleyball courts.

As I began to relay the information to my friends that I wouldn’t be able to participate in a lot of these activities anymore, I was met with a variety of responses. Most of my friends were understanding, but we simply didn’t have much in common anymore and we grew apart. Others couldn’t comprehend how a person my age could develop arthritis, and assumed I was exaggerating. The rest recognized and accommodated my limitations, and we grew closer.

Once the reality of the situation began to settle in, so did the negative emotions. My world had changed dramatically and I wasn’t happy with it. It took a long time, but I have accepted my reality and have learned to be active in other ways, but it’s still tough sometimes when I see someone playing basketball or hear my buddies talk about their latest physical accomplishment.

I have developed a couple of coping mechanisms and strategies to help me deal with some of the negative emotions and physical limitations that my condition has created.

When I first developed osteoarthritis in my spine, a big challenge I faced was finding hobbies to replace those that involved exercising. I was bored, because I had so much free time that had previously been occupied by physical activities. I have had to adjust a lot, but have found many other meaningful activities to fill that void.

Although I can’t go out and play pickup basketball for hours or deadlift 300 pounds, I can still be active in various ways. I learned the exercises and activities that do and don’t aggravate my symptoms, and that has really helped me feel my age. Surprisingly, I developed a love for writing and reaching out to others with an adverse health situation like mine.

Next Page: Identifying True Friends, A New Outlook, and It's Not All Bad 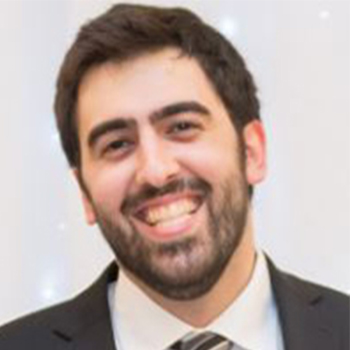 Ali Esfahani
Ali has been suffering from chronic pain for over four years and hopes to help people like him in the future as a physician. He blogs about life with chronic pain at The Professional Patient. See all of Ali's articles
More Articles by Ali
Print This